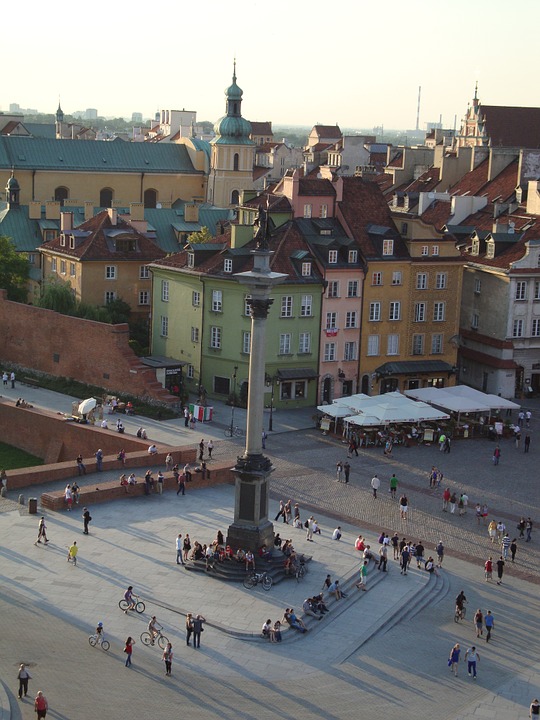 Places worth seeing in Warsaw

Warsaw, the capital of Poland, has a lot to offer for every person visiting this city. And it doesn’t really matter if you are interested mainly in the history and museum, or night life and culinary experiences. Choice of possible attractions is so wide, that everybody will definitely find something for himself. Therefore, do not hesitate anymore, book your flight tickets, pack your backpack, and go for a trip!

As already mentioned, there are so many incredibly interesting places to see in Warsaw, that it might be useful to group them into 2 categories of places worth seeing: 1. Museums and buildings,  2. Districts.

When it comes to museum in Warsaw, the choice is extremely wide. Many of them focus on difficult, but very interesting Polish history, as for example:
A. Warsaw Raising Museum, which was opened on the 60th anniversary of the outbreak of Warsaw Uprising. It presents the tough fight and everyday life of Warsaw’s residents that were trying to free the capital from the occupation. Museum is extremely interesting for both, your and older visitors, as story is presented in a very engaging way, there are audiovisual materials and even the bomber Liberator B-24J!

B. POLIN Museum of the History of Polish Jews, located in the hearth of the former Jewish district, which was turned by Nazis into the Warsaw Ghetto during the Second World War. The museum presents the 1000-year-long of common Polish and Jewish history in a very engaging, interesting way.

There are also many others museums that are definitely worth to see, as for example, National Museum, Fryderyk Chopin Museum, Poster Museum or even Neon Museum.
Warsaw has also may other interesting buildings that are definitely worth visit. The good example might be the Palace of Culture and Science, commonly described as the ‘gift of friendship’ from Stalin. Nowadays, it is an icon of Warsaw. You can take a lift to the observation terrace and enjoy the panorama of Warsaw.

When you are in Warsaw, it is also worth to organize a walking tour through one of the city district. The most popular one is definitely the area called Praga. It is one of the few districts in Warsaw which survived the Second World War. While wandering on the streets, you can see how the city looked like back in the 19th century. The district is so popular among tourist also because it connects poor and working-class places, with artistic spots. Such combination creates an unique atmosphere.  During the tour you can also see rich Jewish heritage,  as for example, Former Jewish bathhouse.